The biggest beer festival in the East Midlands is returning for another year, this time at the Motorpoint Arena. Dan Lyons talks you through ten great things you will find there... 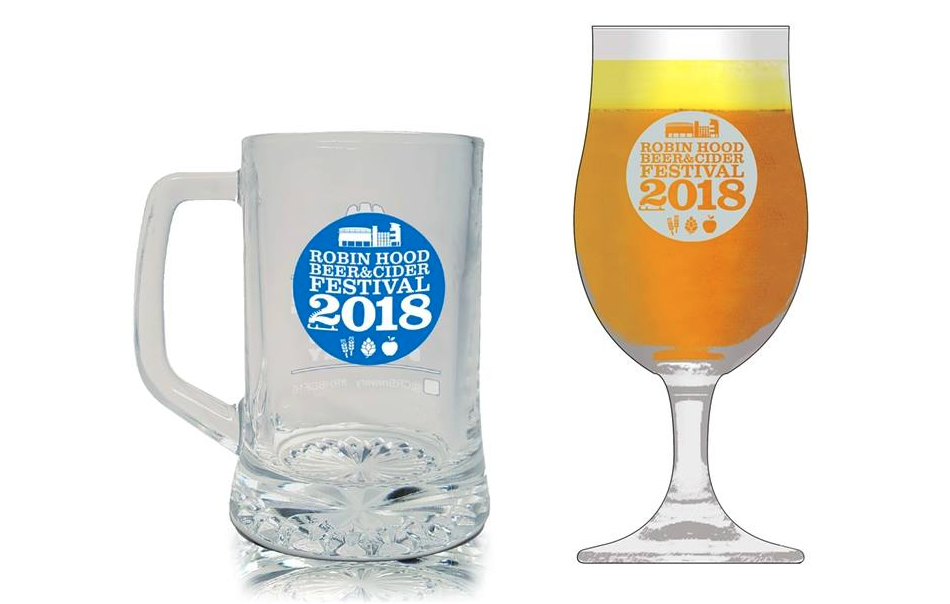 As Nottingham Castle is closed for a couple of years, due to bagging a whopping £29.8 million Heritage Lottery grant, the festival organisers needed a new venue. But don’t fret, as the good folks over at CAMRA have compensated by making it bigger and better than ever, making good use of the bigger space at this year’s venue: Motorpoint Area. Here’s a list of ten things you may not have known about this year’s event...

It Takes Place Inside and Outside
Yes, it’s partly going to be in a stadium and not among the castle grounds, however, that doesn’t mean that you’ll be trapped inside all day. For those who love a bit of fresh air, there will be stalls in Bolero Square and an outside Backstage Village that aims to recreate the old feel of the castle. They have over 700 beers, so they’re gonna need the extra space.

Craft Beer and Nano Breweries
This is the first year the festival will have a whole section dedicated to craft beer. Additionally, a whole area will be dedicated to nano breweries that can only produce one or two casks at a time, meaning there may be some hidden gems among the bustle of bigger breweries.

Good Grub To Go Round
If you’re gonna be drinking beer all day, you’ll need something to line your stomach. Luckily, there will be a vast array of street food vendors dotted abaht the place, both inside and out. From pizza to curries, jacket potatoes and pork pies, there is something for everyone at the festival.

More Live Music Than Ever
The festival has doubled the amount of music than previous years by adding another stage. You can catch acoustic acts at Bolero Square or live bands at the main stage at Backstage Village. Both stages will be active all day and have no clashes, so you can see every performance.

You Get To Go Backstage at Motorpoint
Ever wondered what the big rockstars or Kylie Minogue see before they play sell-out shows? Well, you’re in luck. Part of the festival takes place backstage, where the magic happens. Not only will there be the regular beer and food stalls to sample backstage, but there will also be…

… A Constructed Cider Barn
Complete with apple trees and all, the festival is using the large backstage area to build a barn that’ll make you feel like you’re in the middle of the countryside. Here is where you’ll be treated to an extensive array of real ciders - over 250 ciders and perries to be precise.

Pints Will Be Cheap
Although you may favour smaller portions so you can try as many beers as possible, the festival claims that nearly all pints will work out at roughly £3.30 each. Considering the quality of beer and cider on offer, you’re not going to be breaking the bank while you’re sampling the good stuff.

LeftLion have brewed a beer with Castle Rock
Yes, you heard it right. Our media daddies have brewed a special collaboration beer for the festival, which will also be available in the Fox and Grapes pub among others. It's a gooseberry sour (Castle Rock's first ever sour beer) and it's called Guzzgog.

Gluten-Free and Vegan Beer
The world of beer constantly changing, and so is the festival. This year, around 15% of the beer will be vegan-friendly; if you do the math, that’s nearly 100 beers. While all ciders and perries are gluten-free already, the festival aims to provide the biggest gluten-free selection yet.

Beer Gets Weird
Along with the craft stuff, there will be some truly unusual beer this time. Ever fancied a milkshake beer? A smoked beer? How about a liquorice stout? Well, if the answer is yes, then let curiosity lead the way and head on down to the fest. Pick up one of these beer home brewing kits if you fancy having a go yourself.

This article was originally published by LeftLion.co.uk and is republished here with full permission.