Our man Shariff Ibrahim went along to sample some of the goodness of the Rescue Rooms Beer Festival... 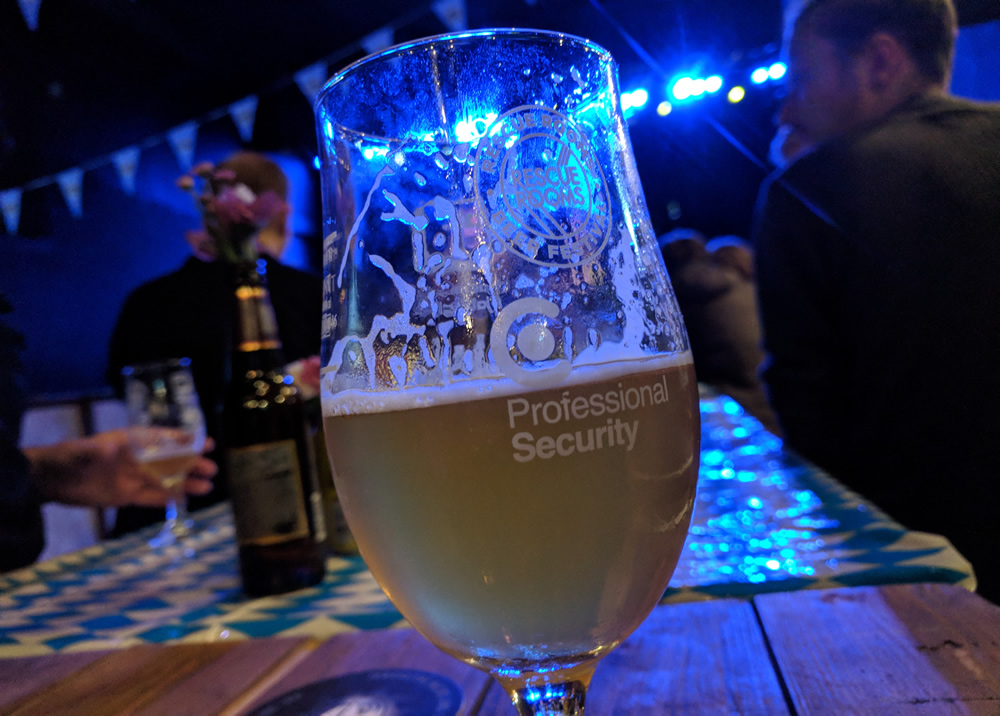 The city’s beer festival calendar has been seeing a lot more pencil marks in recent years. Nestled nicely between the very first Nottingham Craft Beer Festival at Sneinton Market in mid-June this year, and the much loved Robin Hood Beer and Cider Festival, which this year takes an icy sojourn at the arena, was the August Bank Holiday’s second annual Rescue Rooms Beer Festival.

Despite being a relevant newcomer to the beer festival circuit, RRBF is already making a name for itself, with a beer list as starry and diverse as their gig calendar. We popped down to Sunday’s one day extravaganza late afternoon for a few samples.

Upon entering up the famous wooden decking in Masonic Place, you’re immediately hit with mouthwatering smells wafting in from the various food vendors in attendance. Smoqued Taqueria were one such draw, pulling up in their sunny yellow Citroen HY van to dispense tacos and other Latin-inspired snap to line stomachs.

Beverages first though. A fistful of 50p tokens and a natty commemorative chalice glass in hand, it was time to hit the first bar in sight, with the outside cider bar touting for business. A row of boxed-up appley stuff greeted punters, with a selection from Leicester’s Charnwood Cider and local pressers Blue Barrel. Particularly tasty was their medium dry, easy drinking Clifton Beauty (6.5%). 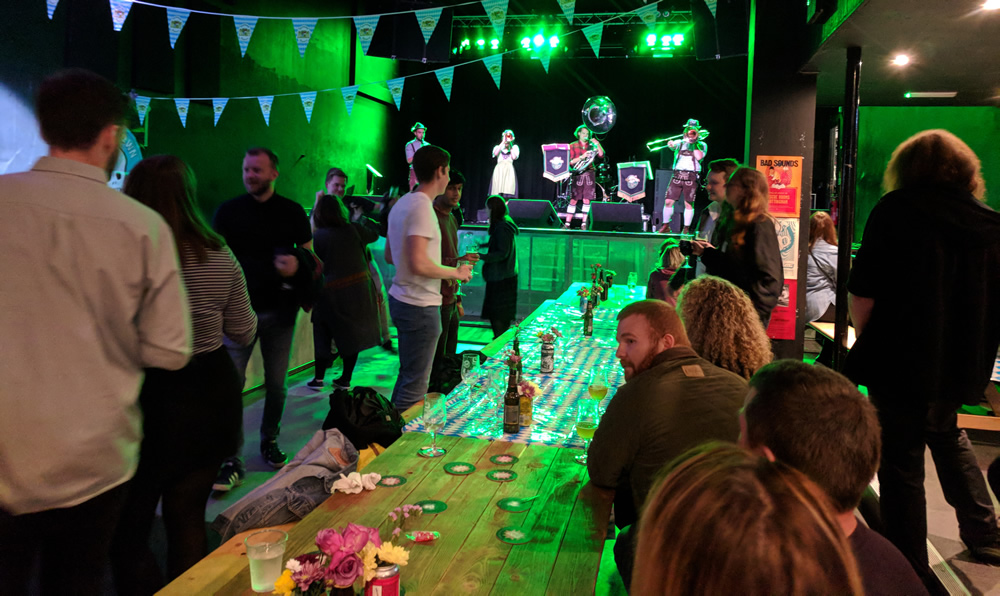 Castle Rock Brewery had also pitched up in a prime spot next to the cider bar, offering a few from outside the usual well-known core range, such as their very refreshing Pilsner (4.9%), and their regrettably limited edition summer pale, the gorgeously citra and chinook dry-hopped Sound and Vision (4.3%). Onwards into the main area, and the Red Room’s usual venue space had been taken over by rows of blue and white table-clothed, bierkeller-style trestle tables – a welcome sight at a beer festival for those of us in our advancing years, where seating is often at a premium.

Bars around the perimeter were serving up the good stuff, with guest beers from craft beers all over the UK. As well as local legends Black Iris Brewery, Totally Brewed and Neon Raptor, the beer list included belters from Cloudwater, Beavertown, Tiny Rebel, Alphabet, Northern Monk, Wylam and Unbarred. Our favourites sampled on the day included Tiny Rebel's Rhubarb and Custard Sour and Alphabet's White Breakfast Stout.

All in all this is a great festival. If there was one minor criticism we'd level it's that the pricing didn't make total sense. It was £2 for a third and yet £6 for two thirds. So we drank a lot of thirds! Although we're told that the pricing structure will change next year.

Rescue Rooms is of course known primarily as a gig venue, and it doubled down on the music front, with acts not only in the usual gig space but also in the bar area. While we were there, we got to hear the awesome, sultry vocals of Tayla Jade on the main stage, and pop ingenue Holly Fallon in the bar. The bill also included a host of other local talent like singer songwriter Jake Burns, The Ruffs, and the brilliantly named Soft Girls and Boys Club. They even ended the evening with a Bavarian oompa band - cur Bavarian boisterousness and dancing on tables. Awesome!